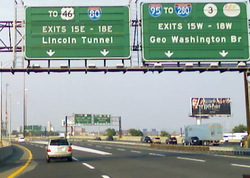 Last Friday night, a Blackwood man was murdered after he drove his vehicle which is a pickup truck off the New Jersey Turnpike and banged into a tree.

According to the officials, the 66-year-old victim named Edward Wolf lost control while driving his pickup truck at around 7:34 in the evening while he was traveling southbound on the turnpike near the barracks of the state police.

Edward Wolf was announced dead at the scene of the accident.