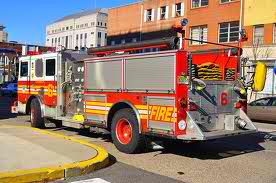 Based from the police radio reports, a basement blaze caused damages to two businesses in Camden last Saturday.

The fire produced heavy quantities of smoke and it broke out at about 11:40 in the evening neighboring 8th and Spruce streets. The fire was placed under control before the midnight came.

The businesses that got affected included Bill’s Liquor Store and a close takeout restaurant. Both were closed when the fire broke out.

The fire remains under investigation.