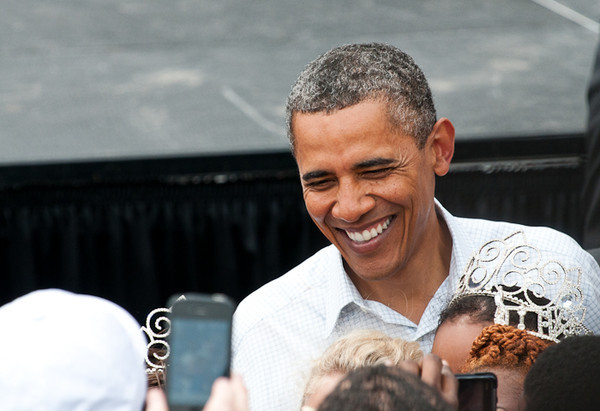 In what attorney Mario Apuzzo is calling a “sham of justice,” a state judge has ruled against objectors seeking to remove President Barack Obama’s name from New Jersey’s upcoming primary ballot .

According to Apuzzo, the attorney representing New Jersey residents Nick Purpura and Ted Moran, Deputy Director and Administrative Law Judge Jeff Masin ruled against the ballot challenge following a more than three-hour hearing earlier this week. His decision, delivered to Apuzzo via email, was not based on the issues presented in the challenge, namely that Obama is not a natural born citizen of the United States and that a birth certificate released by the White House last April is fraudulent, but rather on a technicality, Apuzzo said.

The judge ruled that Obama’s place on the ballot could not be removed by challenge because Obama, as president, automatically appears on the ballot and without his consent. Thus, Obama cannot be held immediately responsible for proving his eligibility. Apuzzo filed an exception and the matter was passed along to New Jersey Secretary of State Kim Guadagno who will have to make the final determination at this stage.

Should Guadagno uphold the court’s decision, Apuzzo said he would file an appeal.

“The sham continues. In one way or another it’s a sham of justice. Our judiciary is really taking us for a ride,” Apuzzo said during a telephone interview Thursday. “How can they expect us to do something that the law doesn’t allow for (challenging Obama’s place on the ballot)? The logic is unbelievable.”

Purpura, of Wall Township, and Moran, a Toms River resident, filed a challenge alleging that Obama has both failed to show proof that he was born in the U.S. and is not a natural born citizen because both of his parents are not U.S. citizens. According to the Constitution, Apuzzo charges, Obama is ineligible to serve as the country’s president and should not appear on the state’s June 5 primary ballot.

Obama was represented by Alexandra Hill of the Newark-based law firm Genova, Burn and Giantomasi.

What struck Apuzzo, he said, was not just the judge’s decision, but a concession made by Hill that the court has no documented evidence of Obama’s birth. Armed with a number of witnesses, including an expert who was willing to testify that Obama’s birth certificate, posted online in April 2011 by the White House, was fraudulent, Apuzzo was instead told to holster his guns.

“We were willing to present that what’s online has been manipulated by computer, human, or both and that it’s not reliable. I told them I was ready to prove that and if they didn’t want this witness to testify then concede that,” he said. “I got Obama (Obama’s attorney Hill) to concede that there is no evidence before the court as to his place of birth, which includes what’s on the internet.”

Though the judge ruled the Obama isn’t required to prove his ballot eligibility, Apuzzo considers the concession a win of sorts, one he hopes will help his case gain traction should it appear before an appellate court. He stressed that he’s willing to go as far as he can to prove that Obama does not belong on the state’s ballot. Should that mean taking the case to the State Supreme Court or the U.S. Supreme Court, Apuzzo said he’s ready.