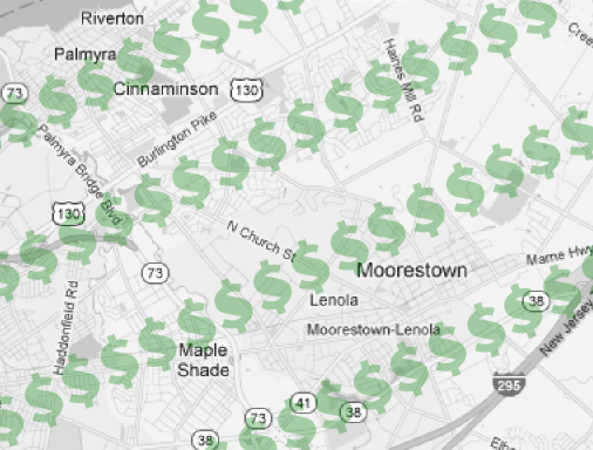 No matter where you sit on the political spectrum, you’re likely rooting for a speedy economic recovery. Signs are surfacing we’re trending in the right direction—not fast enough for many, but progressing nonetheless.

Our economy, all $15 trillion worth of it, will rebuild the same way giant cruise ships make left turns—gradually but deliberately. Will we remake it in the same image of its 2006 self? That mid-decade boom was about pure control at the very top—mega-scale banks, automakers, and energy giants. With each came bureaucracies and bloated heirarchies that left them vulnerable to the worst kind of momentum. By the time they realized they were headed for a wall, all they could do was brace for impact.

Four years later, we’re still picking up pieces. But alas, a silver lining: we can choose exactly how to put the puzzle back together. And if you have a wallet, congratulations—you’re on the Puzzle Reassembly Team.

Knowing what we know now, will you do anything differently? Save more? Rely less on credit? How about driving your discretionary spending to local businesses?

It’s the kind of thinking that makes globalization advocates shudder. But when an operating system goes so out of whack that it requires a reboot, you need to focus first on programs that reliably work.

Putting a community in self-sufficiency mode requires a fresh mindset, but the benefits are overflowing. A town that meets most of its needs within its own borders increases its resiliency and can recover better from unforeseen circumstances.

Food prices skyrocket across the midwest? Browning-Hess Farm, Hunter’s Farm & Market and scores more in the area are producing crops, minus the thousand-mile journey or marketing dollar drain. As energy rates crawl ever upward, regain control of your power production with solar water heating and conservation efforts through The Energy Team. And while artisans make their crafts anywhere and everywhere, why not find fashion-forward jewelry or “aww”-inducing crafts without leaving the zip code?

Buying local isn’t about feel-goodery. It’s a powerful economic injection that has a serious multiplier effect. That’s because the nearby store you patronize will pay their nearby vendors, who in turn can pay their locally-sourced staff, who then complete the circle by buying once more at the corner store.

It’s this recycling of dollars that serves as a springboard for economic prosperity. According to The 3/50 Project, out of $100 spent at locally owned, independent retailers, $68 remains in the community. The same $100 spent at national chain stores retains only $43.

Not everything can be sourced down the street. I’m typing on a Toshiba, which I’m confident doesn’t have deep Jersey roots. But this too fits in with the theme. As local economy expert Michael Shuman espouses in The Small-Mart Revolution, when communities make as much as they can locally, it frees up working capital for entrepreneurs to specialize in niche products or services that can then be exported—like Seattle’s coffee, or Blaine, Missouri’s footstools.

Are you on board? Does a local-buying revolution sound not only effective but enjoyable? Might you discover an all-time favorite gem amongst the many merchants you’ve been missing? You may, but only if you take the time to seek them out.

Be self-sufficient, but when a need arises beyond your four walls, the best transaction is the one that occurs close to home. It’s the missing puzzle piece, and it’s just waiting to be put in place.

About this column: John Shields, of Cinnaminson, is writing about the clean energy sector, the ecological movement at large and how it affects Cinnaminson residents.