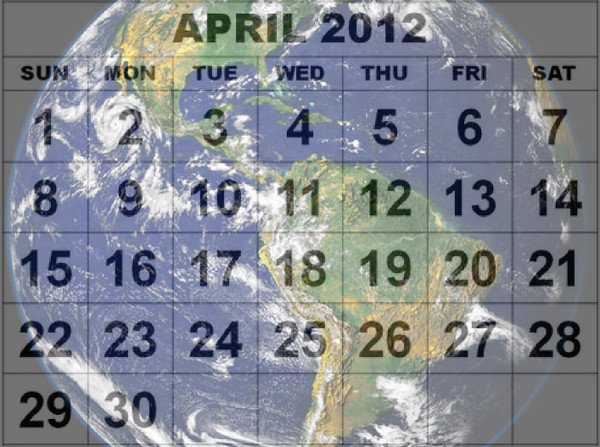 I read recently that Martians don’t even have a ‘Mars Day’. Ingrates!

Here on Earth, on the other hand, we’re polite enough to honor our host planet every April 22 for the past 42 years. In 1970, a group of organizers decided to form a (then fashionable) teach-in focused on environmental issues. It was in response to the worst oil spill to date, which in the year prior sullied the waters and beaches of Santa Barbara, California, expanding out hundreds of miles into the Pacific. The group’s mission was to develop public awareness of a topic so universally applicable: caring for our collective natural resources.

So while thousands of communities prepped to take part in the one-day public relations bonanza, the organizers in Philadelphia decided it wasn’t enough. Instead, a full week of activities was coordinated, an effort that scores of organizations proceeded to replicate, and ever since, Earth “Day” has splashed out across the month of April.

Good thing, too. Today’s environmental challenges are far more pressing. With China and India in fast-growth mode, with the cheap oil days behind us, with water conflicts both far and near, and with government trending away from environmental protections, Earth Day means a great deal.

Sobering, eh? That’s not to say we don’t have some terrific victories worth celebrating. Solar breakthroughs are happening at a stunning pace (in the lab; commercialization usually trails by 3 to 5 years). And we can also thank this new generation of crazy kids for bucking the vehicular addiction and driving less than generations past.

The greatest victory of all? Remember that pesky hole in the ozone layer? Ratifying the Montreal Protocol in 1987, which limited production of ozone-depleting CFCs (chlorofluorocarbons), had a significant effect in restoring the atmospheric ozone. With 192 countries on board, it’s still the archetypal example of international cooperation at work to defend our collective commons.

Now, it’s time to parlay that feel-good anecdote into some serious action.

Patch blogger, Cinnaminson resident and waterway preservationist Cindy Pierson and the Pompeston Creek Watershed Association (PCWA) has coordinated a 5K walk with the goal of educating and fundraising. The trail meanders from Moorestown, through Cinnaminson, ending at Riverton’s Memorial Park (take a look at Cindy’s blog post here which offers more details). It’s an afternoon of exercise along the pristine Pompeston Creek—kept all the more pristine by volunteers like you and passionate civic leaders like Cindy.

And as described above, Earth Day can’t help but stretch all throughout this week and next. Philadelphia—a feisty newcomer in green leadership—has happenings galore, which include tree plantings, a 5K run, community cleanups and guided tours. Keep an eye on the National Constitution Center’s web events later this week.

Then take a breath, recover for a week, but get right back into it the following Saturday, April 28, when thousands will descend on Croft Farm in Cherry Hill for the annual Art Blooms Earth Festival. This multi-faceted, eco-themed event runs the gamut from live stage entertainment, to kids crafts and games, to a sustainable fashion show. Make sure to bring those oddball recyclables like wire hangers and e-waste! I attended this festival last year and can proudly endorse it. (And as a collaboration between Cherry Hill Township and Sustainable Cherry Hill, Moorestown residents can view it as a sign of things to come!)

And since your tax dollars paid for it, see if you can sneak in a composting workshop this Saturday the 21st. It’s a simple and beneficial activity that anyone can learn (and one that literally pays for itself!)

Yes, it’s a bit of a whirlwind, but create an itinerary for you and your family to check out several of these valuable events. You might come away with some new skills learned, and derive a greater appreciation of nature. It’s one day of respect for this big blue marble, which gives us each an entire lifetime in return.