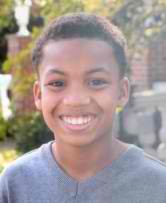 After the choosing portion that was happened, it has been decided that a Cinnaminson seventh-grader named Justin Arnold will be able to attend and participate to a conference about leadership as well as to learn about the things with regards to debating, history and so much more.

The seventh-grader is only 12 years of age and the conference that he will attend to is the Junior National Young Leaders Conference in which the young students will be able to learn the skills about leadership.

According to the mother, Diana Martine, of Justin Arnold, the conference that her son will attend to will give him an experience that will be life-changing for him. She also detailed that she cannot explain the feeling that she has because of his son. She stated that even though his son is only 12 years of age, he can now be able to participate and get an experience from the program.

Even though the seventh-grader has been in the program for only a couple of days, Justin as well as the other students already learned about the news history dating to the five centuries at the Newseum and her mother also said that they have already educated the role news plays in the general public through the means of exhibits that are hands-on and also with the modern technology.

The students including Justin Arnold participated in a debate, mock debate to be more specific, and their topic was about the issue of wearing the peace patches on school. The environment was divided into two, the pros and the cons of wearing peace patches.

Justin Arnold went to a lot of places and learned different things.

It is really a privilege and a life-changing experience if you will be one of the lucky students who were chosen to participate in the Junior National Young Leaders Conference.