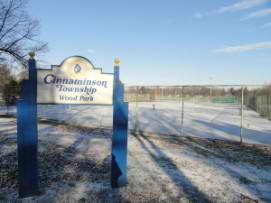 The two young women from Cinnaminson are bringing their passion for tennis to the next level through the means of being a team for the doubles tournament that was accompanied for the fundraising for the selected charity.

Actually, they are best of friends.

Both of them are graduates from the Cinnaminson High School last year 2011 and as a matter of fact, Ally Friedrich and Melissa Carberry were positive that they will play tennis together this summer. On their high school days, they were a part of the team and they were also doubles partners.

Carberry said that tennis is one of the games that were played almost every day in the summer season. She also asked to Friedrich to do something that would benefit the people through playing tennis.

Just last January, the partners began to design a tennis competition in which the CHOP (Children’s Hospital Of Philadelphia) and Make-A-Wish Foundation were believed to be the receiver of all the proceeds of the event.

This weekend, both Saturday and Sunday, approximately more than 20 women and men will attend at the Wood Park to play the games that were intended for them. All of the people who are interested to attend the event, a fee worth 20 dollars is necessary for the players in which the food that was donated by the Georgetti’s and the tee shirt were already included to the entry fee. On the other hand, 10 dollars will be asked for those people who will not be playing.

Melissa Carberry said that whatever is the money that will be collected, it will be fairly divided to the charities.