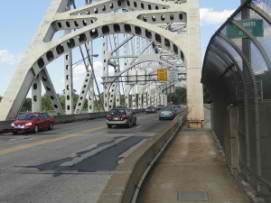 According to the reports that were already published, the toll increases at Delaware River bridges has been looking by the United States General Accounting Office.

It has been said based on the Associated Press reports that the General Accounting Office was already investigating to the toll increase that was set by the DRJTBC or the so called Delaware River Joint Toll Bridge Commission.

The Delaware River Joint Toll Bridge Commission functions those tolls on Interstate 78 and Route 22 in the middle of New Jersey and Pennsylvania. For the past year, the tolls were raised on all of those bridges that gained a lot of criticisms from the local officials as well as to the commuters affected.

The spokesman of the United States General Accounting Office detailed to the Express-Times that the agency is investigating in how the tolls that were spent by those organizations increase money, and the transparency of the decisions were also involved.

The probe also involves their aim to find out what are the mistakes that were committed for the transportation authorities.