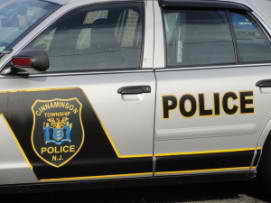 If you plan to give a code name to the police, please make sure that the name identity that you will provide is not a criminal or wanted.

On the other hand, a 33 years old guy named Javier Castneda did not bear in mind the things to consider when he provided an alias to the police authorities.

According to the Cinnaminson Police, he namedropped an identity that was a wanted.

Because of what he had done, it appears to be that he will possibly get deported not for the first time but for the second time.

Last July 20, 2012 at exactly 2:17 in the afternoon, Javier Castneda was restrained from driving by the Cinnaminson Police because of certain motor vehicle violations. When the police asked for his name, the suspect gave them an alias. Unfortunately, the identity that he offered was wanted by the sheriff’s department in Los Angeles and that was the reason why the Cinnaminson Police took him into custody.

The Department of Homeland Security discovered two things through the incident. The first one is that the suspect’s fingerprints exposed the fabrication and the second one is that he entered the country again illegally because he was already deported dating back in 2004.

The suspect also has two warrants of arrest from the counties of Camden and Burlington.

Castneda was taken at the Burlington County Jail on a U.S. Customs and Immigration detainer.