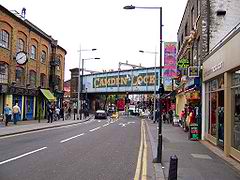 According to the police radio, during a shooting incident in Camden there was a driver who got injured while he was in a car last Thursday night in the 1400 block of Louis Street.

At around 9:15 in the evening, there were multiple shots that hit the car. According to the police radio, the unidentified car driver had left the incident scene in a silver or gray colored vehicle.

On the scene neighboring the intersection of Atlantic Avenue and Louis Street, there were shell casings that were seen.

No such information were released about the driver as well as its condition.