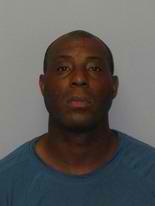 A Paulsboro man with an age of 37 was brought back to the prison after receiving his sentence last Friday to a three-year period for the attempted robbery of means of transportation in Deptford last fall season.

The Gloucester County Prosecutor’s Office stated that a judge of the Superior Court noted last Friday the numerous convictions of Tyrone Williams. His earlier convictions are the following: burglary, trespassing and receiving stolen property in handing down the sentence.

According to the authorities, the suspect was charged of 364 days of imprisonment in the Gloucester County Jail last year 2010 in December because of burglary.

In the latest case, Williams was imprisoned despite the fact that he’s stressed with a Deptford tenant who discovered Williams attempting to damage and get into his car.