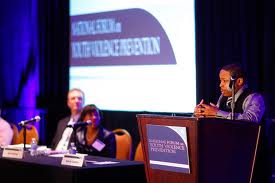 The dubbed crime-ridden city is being supplemented to a federal program that serves and functions to minimize the violence that involves the youth as well as the gang war activities.

U.S. Attorney General Eric Holder stated last Wednesday that Philadelphia and Camden are among the four cities that would join the National Forum on Youth Violence. The said forum is a connection of federal agencies as well as communities that share information and support local hard works to restrain youth violence.

New Orleans and Minneapolis also are joining the program, which started with six cities in 2010.