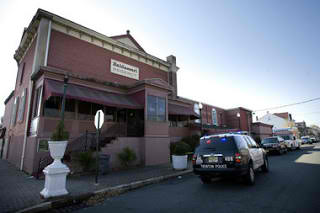 A corrections officer of the New Jersey who was off-duty was shot and murdered at a Trenton banquet hall as he attended the event.

The 26-year-old resident of Willingboro named Carl Batie who served in Mercer County was one of the numerous people who was standing on a second-story rear deck when gunshots rang out around 1:15 in the morning last Sunday. He was announced dead a little time later.

The authorities have told The Times of Trenton that the incident appears to have a single shooter was involved, but no other details were available.

The killing of Carl Batie is the 20th homicide recorded in Trenton this year.