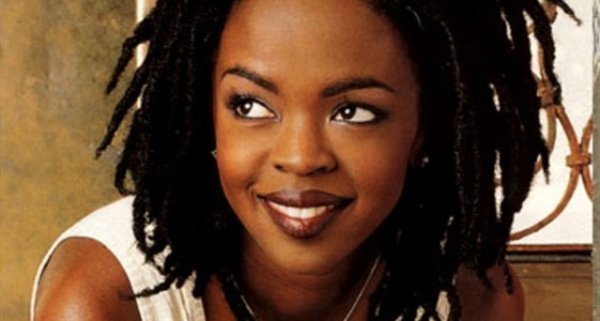 Responding to charges filed this week that she failed to pay taxes, singer and South Orange native and resident Lauryn Hill posted a lengthy statement on her Tumblr account.

She noted that the charges are from 2005, 2006 and 2007, which she describes as “this period of crisis.” Hill explains that after “having put the lives and needs of other people before my own for multiple years, and having made hundreds of millions of dollars for certain institutions, under complex and sometimes severe circumstances, I began to require growth and more equitable treatment, but was met with resistance.” She then stepped back from the limelight, and “I have remained what others would consider underground.”

Hill, a graduate of Columbia High School, occasionally performs locally. Two years ago, Hill made a rare appearance at Columbia High School’s “A Night on the Two Towns” to sing two of her biggest hits, the Grammy-winning “The Miseducation of Lauryn Hill,” and “Killing Me Softly,” a top-selling cover she recorded with the Fugees. Also in 2010, she performed as part of SOPAC’s “Small Town, Big Talent” gala.

In her statement, Hill describes the past several years. “There were no exotic trips, no fleet of cars, just an all out war for safety, integrity, wholeness and health, without mistreatment denial, and/or exploitation.” Hill explains that her focus during this time was the wellbeing of her family. The singer welcomed a sixth child last summer.

She further notes, “My intention has always been to get this situation rectified. When I was working consistently without being affected by the interferences mentioned above, I filed and paid my taxes. This only stopped when it was necessary to withdraw from society, in order to guarantee the safety and well-being of myself and my family.”

The full statement is below:

It was reported yesterday that Ms. Lauryn Hill has been charged with three counts of misdemeanor failure to file taxes.  These charges were incurred for the years of 2005-2007, during a time in which Ms. Hill had removed herself and her family from society, in order to keep them safe, healthy, and free from danger.  In response to these charges, Ms. Hill has issued the following statement:

“For the past several years, I have remained what others would consider underground.  I did this in order to build a community of people, like-minded in their desire for freedom and the right to pursue their goals and lives without being manipulated and controlled by a media protected military industrial complex with a completely different agenda.  Having put the lives and needs of other people before my own for multiple years, and having made hundreds of millions of dollars for certain institutions, under complex and sometimes severe circumstances, I began to require growth and more equitable treatment, but was met with resistance.  I entered into my craft full of optimism (which I still possess), but immediately saw the suppressive force with which the system attempts to maintain it’s control over a given paradigm.  I’ve seen people promote addiction, use sabotage, black listing, media bullying and any other coercion technique they could, to prevent artists from knowing their true value, or exercising their full power.  These devices of control, no matter how well intentioned (or not), can have a devastating outcome on the lives of people, especially creative types who must grow and exist within a certain environment and according to a certain pace, in order to live and create optimally.

I kept my life relatively simple, even after huge successes, but it became increasingly obvious that certain indulgences and privileges were expected to come at the expense of my free soul, free mind, and therefore my health and integrity.  So I left a more mainstream and public life, in order to wean both myself, and my family, away from a lifestyle that required distortion and compromise as a means for maintaining it.  During this critical healing time, there were very few people accessible to me who had not already been seduced or affected by this machine, and therefore who could be trusted to not try and influence or coerce me back into a dynamic of compromise. Individual growth was expected to take place unnaturally, or stagnated outright, subject to marketing and politics.  Addressing critical issues like pop culture cannibalism or its manipulation of the young at the expense of everything, was frowned upon and discouraged by limiting funding, or denying it outright.  When one has a prolific creative output like I did/do, and is then forced to stop, the effects can be dangerous both emotionally and psychologically, both for the artist and those in need of that resource.  It was critically important that I find a suitable pathway within which to exist, without being distorted or economically strong-armed.

During this period of crisis, much was said about me, both slanted and inaccurate, by those who had become dependent on my creative force, yet unwilling to fully acknowledge the importance of my contribution, nor compensate me equitably for it.  This was done in an effort to smear my public image, in order to directly affect my ability to earn independently of this system.  It took a long time to locate and nurture a community of people strong enough to resist the incredibly unhealthy tide, and more importantly see through it.  If I had not been able to make contact with, and establish this community, my life, safety and freedom, would have been directly affected as well as the lives, safety and freedom of my family.  Failure to create a non toxic, non exploitative environment was not an option.

As my potential to work, and therefore earn freely, was being threatened, I did whatever needed to be done in order to insulate my family from the climate of hostility, false entitlement, manipulation, racial prejudice, sexism and ageism that I was surrounded by.  This was absolutely critical while trying to find and establish a new and very necessary community of healthy people, and also heal and detoxify myself and my family while raising my young children.

There were no exotic trips, no fleet of cars, just an all out war for safety, integrity, wholeness and health, without mistreatment denial, and/or exploitation.  In order to liberate myself from those who found it ok to oppose my wholeness, free speech and integral growth by inflicting different forms of punitive action against it, I used my resources to sustain our safety and survival until I was able to restore my ability to earn outside of it!

When artists experience danger and crisis under the effects of this kind of insidious manipulation, everyone easily accepts that there was something either dysfunctional or defective with the artist, rather than look at, and fully examine, the system and its means and policies of exploiting/’doing business’.  Not only is this unrealistic, it is very dark in its motivation, conveniently targeting the object of their hero worship by removing any evidence that they ‘needed’ or celebrated this very same resource just years, months or moments before.  Since those who believe they need a hero/celebrity outnumber the actual heroes/celebrities, people feel safe and comfortably justified in numbers, committing egregious crimes in the name of the greater social ego.  Ironically diminishing their own true hero-celebrity nature in the process.

It was this schism and the hypocrisy, violence and social cannibalism it enabled, that I wanted and needed to be freed from, not from art or music, but the suppression/repression and reduction of that art and music to a bottom line alone, without regard for anything else.  Over-commercialization and its resulting restrictions and limitations can be very damaging and distorting to the inherent nature of the individual.  I Love making art, I Love making music, these are as natural and necessary for me almost as breathing or talking.  To be denied the right to pursue it according to my ability, as well as be properly acknowledged and compensated for it, in an attempt to control, is manipulation directed at my most basic rights!  These forms of expression, along with others, effectively comprise my free speech!  Defending, preserving, and protecting these rights are critically important, especially in a paradigm where veiled racism, sexism, ageism, nepotism, and deliberate economic control are still blatant realities!!!

Learning from the past, insulating friends and family from the influence of external manipulation and corruption, is far more important to me than being misunderstood for a season!  I did not deliberately abandon my fans, nor did I deliberately abandon any responsibilities, but I did however put my safety, health and freedom and the freedom, safety and health of my family first over all other material concerns!  I also embraced my right to resist a system intentionally opposing my right to whole and integral survival.

I conveyed all of this when questioned as to why I did not file taxes during this time period.  Obviously, the danger I faced was not accepted as reasonable grounds for deferring my tax payments, as authorities, who despite being told all of this, still chose to pursue action against me, as opposed to finding an alternative solution.

My intention has always been to get this situation rectified.  When I was working consistently without being affected by the interferences mentioned above, I filed and paid my taxes.  This only stopped when it was necessary to withdraw from society, in order to guarantee the safety and well-being of myself and my family.

As this, and other areas of issue are resolved and set straight, I am able to get back to doing what I should be doing, the way it should be done. This is part of that process.  To those supporters who were told that I abandoned them, that is untrue.  I abandoned greed, corruption, and compromise, never you, and never the artistic gifts and abilities that sustained me.”