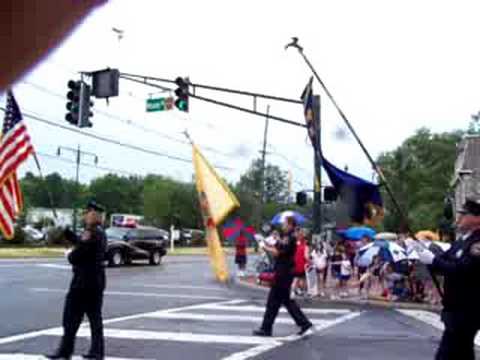 This coming Wednesday, July 4, 2012, the overflowing of thousands of people will be on the streets of Riverton to participate in the township’s presentation of the coming annual celebration in which the township will display a raft race, pet pageant, a parade, and a lot more surprises. The celebration will be a whole day celebration according to the chair of the Riverton 4th of July Committee, Tracey Foedisch. Tracey Foedisch is now at the position on her sixth year.

Last June 30, the annual Riverfront Cocktail Party was held as the beginning of the holiday celebration. The party was held at the Yacht Club. There were approximately three hundred people who attended the event. They ate the offered food, danced on the riverfront the whole night through and most of all, they were delighted and appreciated the open bar that was available at the event.

On the first date of July at the Riverton Memorial Park, a free concert was conducted by Heidi Winzinger and Marc Silver & The Stonethrowers.

The early United States Track and Field Association-sanction 5K race serves as the start of all the celebrations on Wednesday. The 5K race is programmed for the 8:30 a.m. schedule then after an hour, the 1-Mile Run For Run up Main Street arrays the road for the said parade display. The parade is scheduled to start at 10 a.m. The parade will feature the elected officials, local organizations, floats, classical cars, fire companies around the county, horse-drawn carriages, and so much more which are very pleasant to the eyes.

As a matter of fact, the parade can be joined by anybody. Anyone is permitted to attend the celebration. The interested participants are recommended to be at the riverbank on or before 9:30 a.m. and there will be a prize to the most creative float that displays an original theme. The prize will be 100 dollars.