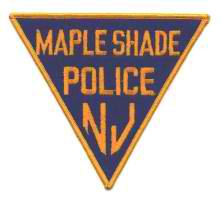 Just this Wednesday, a stabbing incident happened. It was believed that the stabbing took place on the early morning.

The Maple Shade Police were already investigating about the incident.

According to the police, the victim received the stabs at around 9:10 in the morning in Maple Shade on the Gardenia Drive.

The victim was sent to the Cooper University Hospital in Camden where he was treated.

Up to this time, the police did not release any information yet about the incident including the name of the victim.

But rest assured that the authorities are doing their best to investigate the crime.