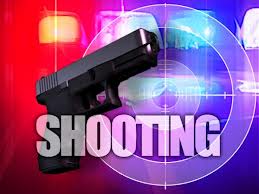 A resident of Philadelphia has been judged not guilty in the shooting incident that occurred last year, the day before Mother’s Day, that involved and caused the death of a mother who has six children.

According to the police, Yvetter Saundiers, 39-year-old, died in front of her home in southwest Philadelphia while she was trying to protect her 18-year-old son all throughout a drive-by shooting incident.

According to KYW, there are several eyewitnesses recognized the 24-year-old suspect named Isaac Porterfield as the shooter.

On the other hand, the defense attorney named Anthony Voci Jr. tested the eyewitnesses’ credibility and accuracy. He said to the station that the shots were fired up by a front-seat traveler in the car, not by his consumer, who was driving.

Accoring to the defense attorney, police may possibly not catch the other person and the murder weapon was never bring into being.