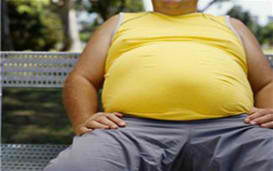 The government of New Jersey may be spending their money in an out of control manner, but its residents’ waistline is not in the same manner. At least for now, in any case.

According to the annual report that was released last Tuesday, the Garden State is surrounded by the fittest dwellings in America.

The obesity rate of adult of New Jersey is 23.7 percent – on equivalence with the national average – knotted along with the District of Columbia for 47th place in the study by the Robert Wood Johnson Foundation and the nonprofit Trust for America’s Health.

On the other hand, the report advised the public that if the current obesity rates carry on their present courses, by year 2030, the New Jersey’s obesity rate can possibly reach 48.6 percent.