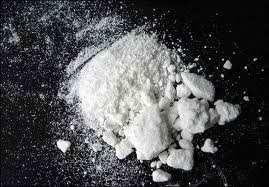 A man from Camden was convicted to approximately seven years in prison last Tuesday for his part in a scheme to disseminate cocaine about five kilograms in Camden.

The Camden man was identified as a 35-year-old named Ramon Martinez-Ruiz. According to the U.S. Attorney’s Office, he was sentenced last October by a federal jury and he was also sentenced to 85 months of imprisonment in Camden last Tuesday in U.S. District Court.

The Camden man was detained with his two acquaintances last July 2009 when the federal authorities pounced in as the trio was getting ready to fetch the five kilograms of cocaine from a drug carrier at a motel in an airport in Elizabeth as what as the authorities stated.

The federal agents got cash about $10,000 in value from the involved men during the seizure.

Federal agents seized about $10,000 in cash from the men during the sting.

According to the authorities, Raul Hernandez, 34, and Ruben Sepulveda, 46, both from Camden, besought guilty for their parts in the drug dealing and were earlier sentenced.

On the other hand, the authorities added that Martinez-Ruiz was convicted because of several drug possession and distribution charges following a three- day trial.