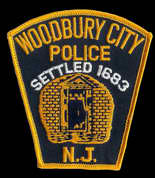 A man from the city is accused of possessing seven pounds of marijuana.

The U.S. Postal Service inspectors along with the police detained the 33-year-old Mason K. Allen II who was placing two packages in a vehicle outside his Aberdeen Place home last Monday. The police authorities have supposed the packages contained marijuana with a value of around $40,000.

Allen was charged with numerous drug offenses, obstruction of justice and hindering apprehension. He was also accused of endangering the child’s welfare because his 20-month-child was inside the vehicle where the marijuana was found.

He is currently in Gloucester County Jail on $25,000 bail.