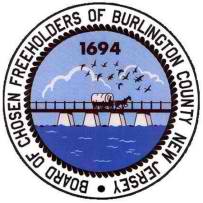 There is a new update about the BurLink bus routes of the Burlington County because those buses were already a part of the options of public transportation for transit user when they do search and explore the Google Maps over the web.

The demonstration of the linking between the two parties were shown from the Cross County Connection and according to the Freeholder Director Bruce D. Garganio, the linkup will be a step for them to save from the numerous steps.

The said Google Maps is intended for the travelers who are online and who are on their journey since it is a public transportation planning medium. The Google Maps is responsible in making the latest data accessible of an agency to the users and it also incorporates the bus route as well as the transit stop, schedule, and most of all, the information about the fare so users can be ready. Google Maps is making the transit directions easy and quick.

The way for users to access Google Maps is to visit maps.google.com and the user just needs to input his or her trip information. The trip information includes the time, date, and location of their exit as well as their end. The options about the transit will appear.

The Google Maps is accessible and has more than 40 languages. It is also applicable for those people who are visually impaired and it can also be used on mobile.