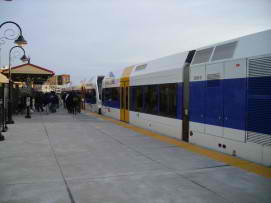 A mutual agreement has been made between the police heads of the towns up and down the River Line in Burlington County. The agreement encompasses the addition of law enforcement officers from end to end the route of the train.

The resolution or the mutual agreement has been approved last week at the meeting of the members of Cinnaminson township committee.

According to Mayor Don Brauckman, “It’s a task force of all the police departments to ensure safe ridership initiatives.” He also added that “We need this resolution with all the towns to help facilitate these enforcement activities.”

The mutual agreement states that the Cinnaminson Police Department as well as the departments of the towns will give the needed River Line patrols in towns where they are needed, depend on each other for extra officers if necessary, and to join into a linked service agreement to use police to enforce ordinances.